It feels like the past week or so has been one giant whirlwind! We have had so many things going on, I feel that I can’t keep it all straight! We have had some company, an adorable little orphan to care for, some great food experiences, and made a lot of memories! Here are a few of the highlights…

A few short months ago, a friend introduced me to Indian cuisine. I had this crazy notion that I hated curry, and therefore I would hate all Indian food. HAVE I EVER BEEN MISSING OUT!!! It turns out that I actually love Indian food, and even curry dishes! The first thing that I tried was a pretty “safe” chicken dish called Tikka Masala. It was fabulous! Pair that with some garlic naan….I’m not sure that it gets much better than that!

Last weekend, I was able to go back to Sitar for their lunch buffet. I would HIGHLY recommend it. I was able to try a wide variety of dishes, all of which were fantastic. As an added bonus, the cost of the lunch buffet is cheaper than ordering a single dish off the menu. Even Neyland was thrilled with her lunch! Check out the pics below.

*Only downside- they don’t have a menu that offers kid meals or kid portions.* 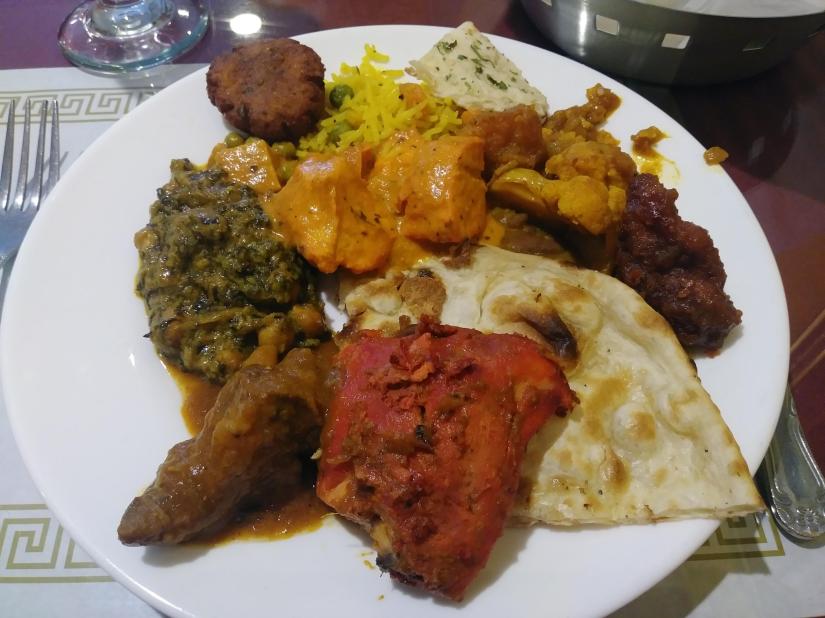 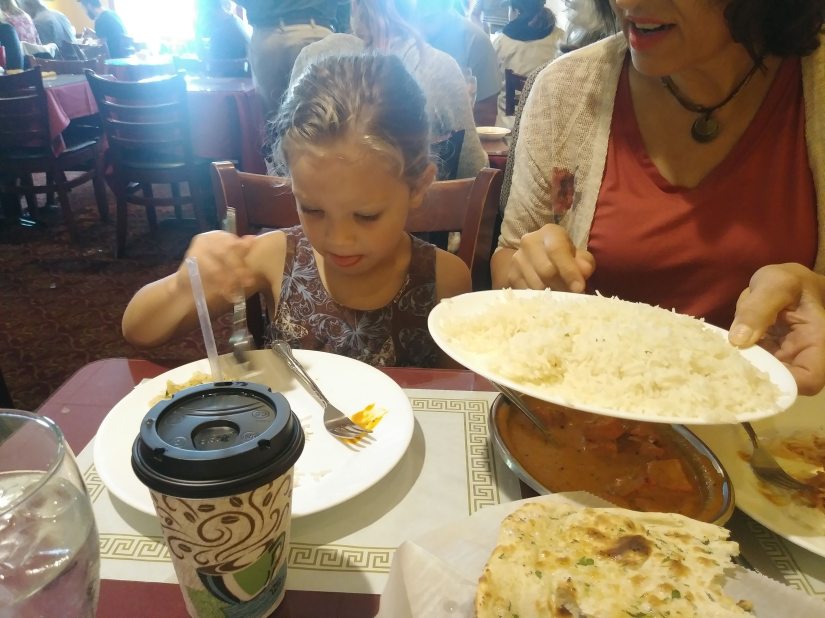 That same afternoon, I received an urgent text during church from a co-worker who’s friend had found an orphaned chipmunk. It needed immediate care, so after lunch we were off to go pick up an new orphaned baby to care for. 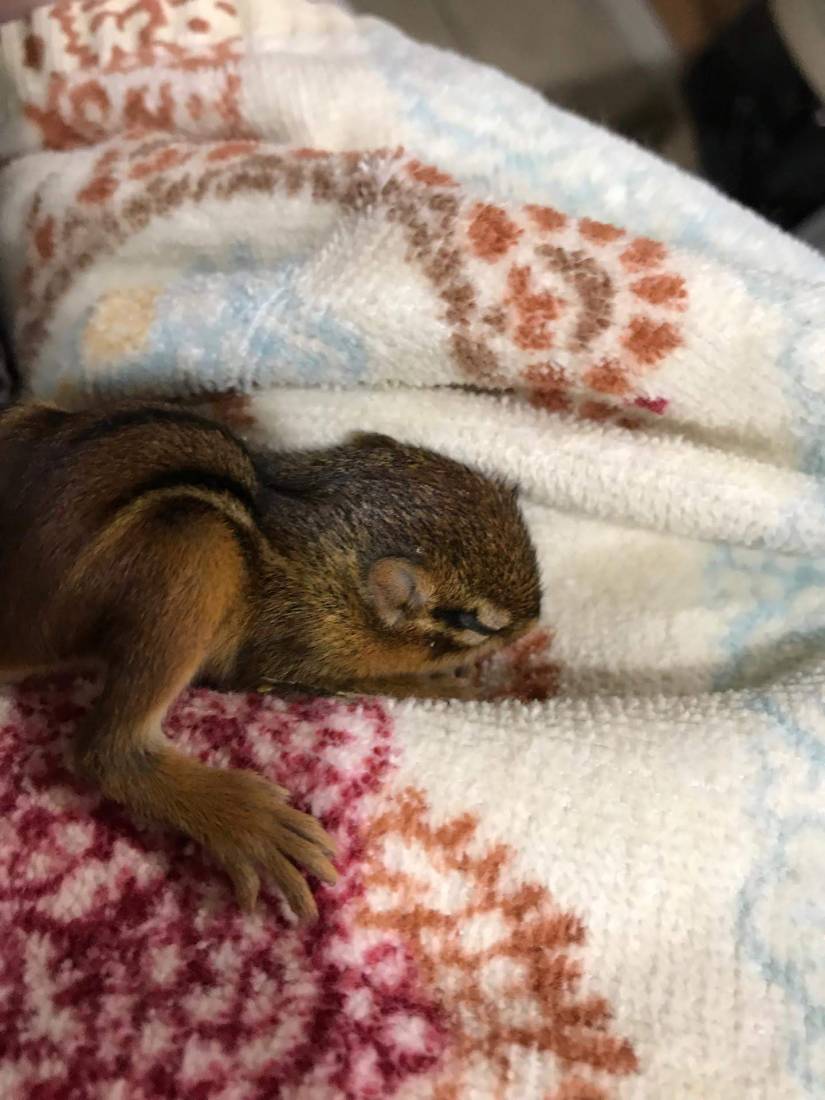 Neyland LOVES that we occasionally are tasked with the care of injured or orphaned animals. She has such a big heart for these guys just like her Mama. I am so pleased to be able to show her how hard work and compassion can help even the smallest of God’s creatures. 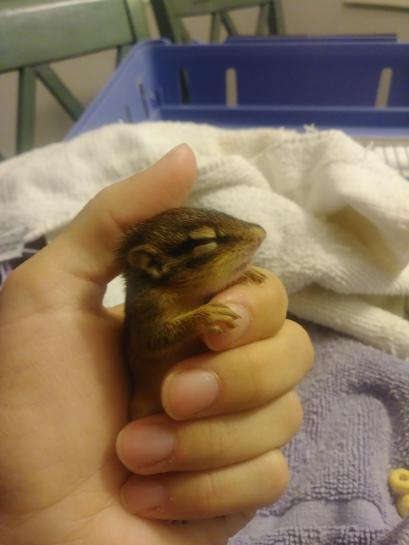 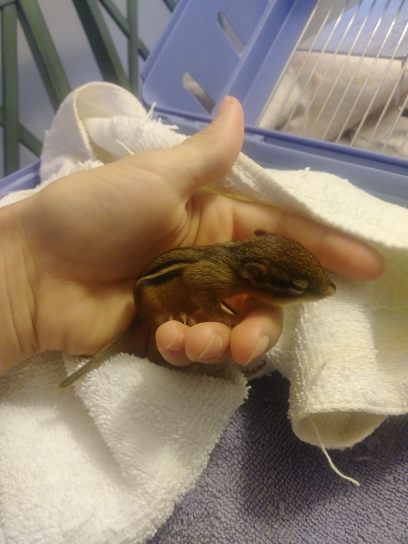 She quickly got down to the important business of “naming” our little friend. For whatever reason, she was determined to name her “Coconut Honey.” I’ve just been referring to her as “coco” for short. I am happy to report that with some nursing care and bottle feeding, Coco is doing GREAT! She should be ready to release in a week or so! Check out this recent image of her munching on a grape… 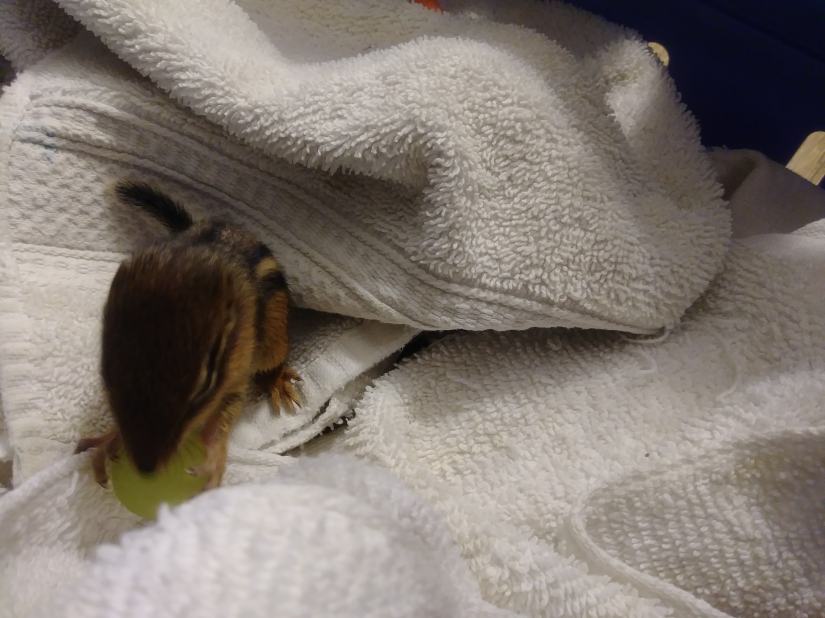 Some other highlights this week included one of Neyland’s all time favorite activities: 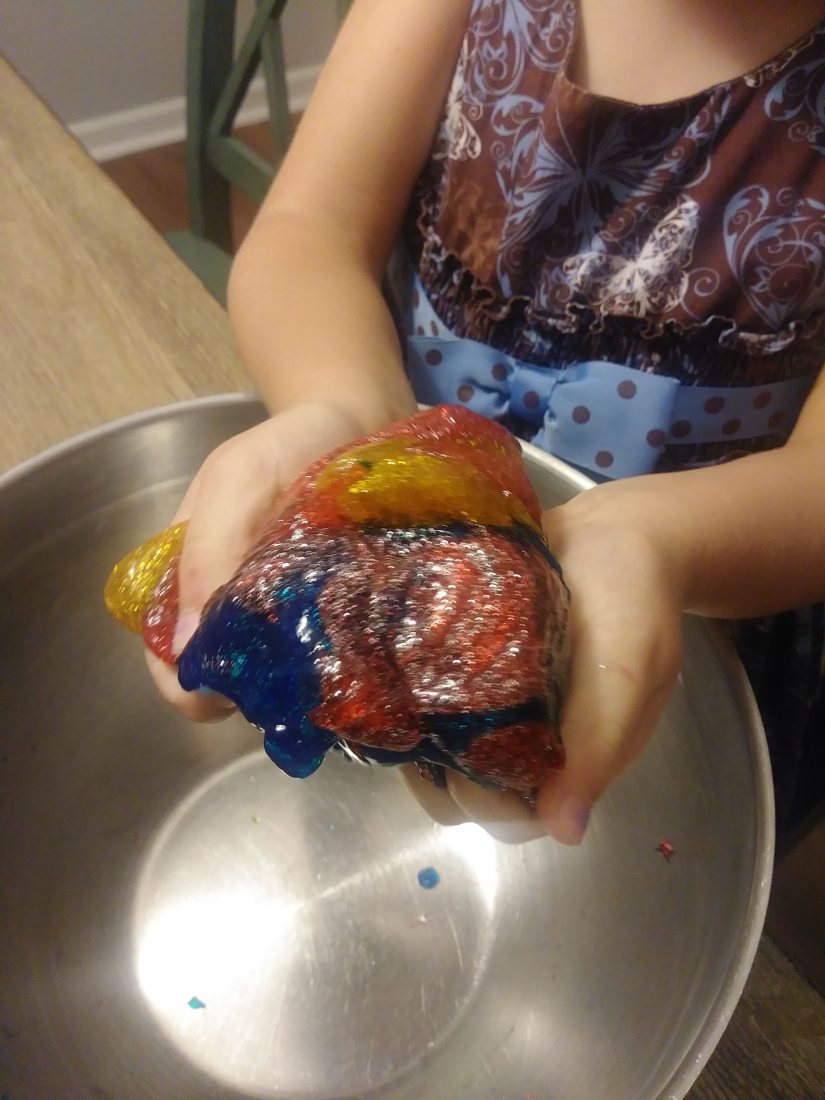 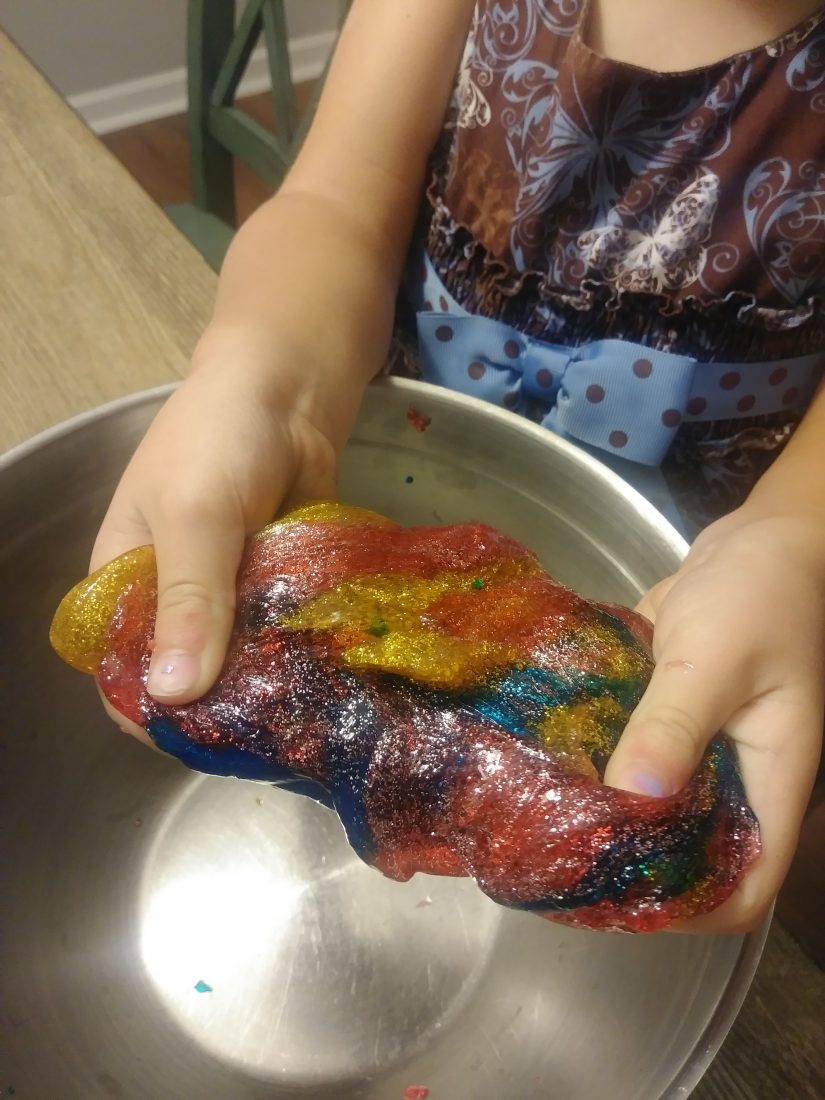 This “Rainbow unicorn slime” came from a kit that she got for her birthday. I personally think that the DIY slime has a better texture than this stuff did, but it was still fun for both of us! 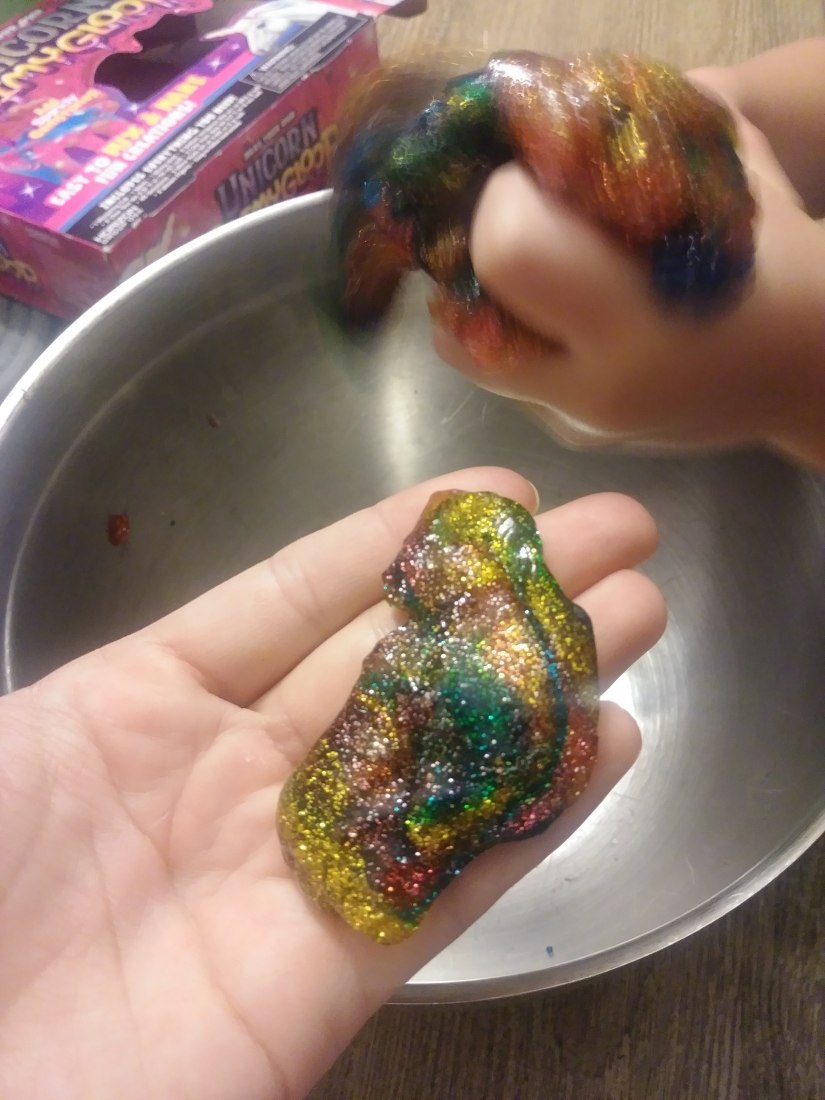 We ended the week with another rainbow colored treat! French Macaroons!

Would you believe that I had never tried a French macaroon before? I see really delicious looking recipe videos for these things all the time, and I’ve really been wanting to try some! We stopped by the French Market & Creperie, and got a little baggie of imported authentic macaroons. They were deeeeeelicious! I would also like to give them a big shout-out for their amazing strawberry & creme Crepes. (We didn’t get crepes during this visit, but I included an image from the last time we got them.)

Check out their menu & locations HERE 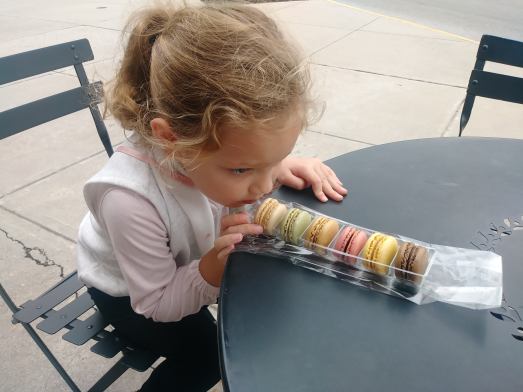 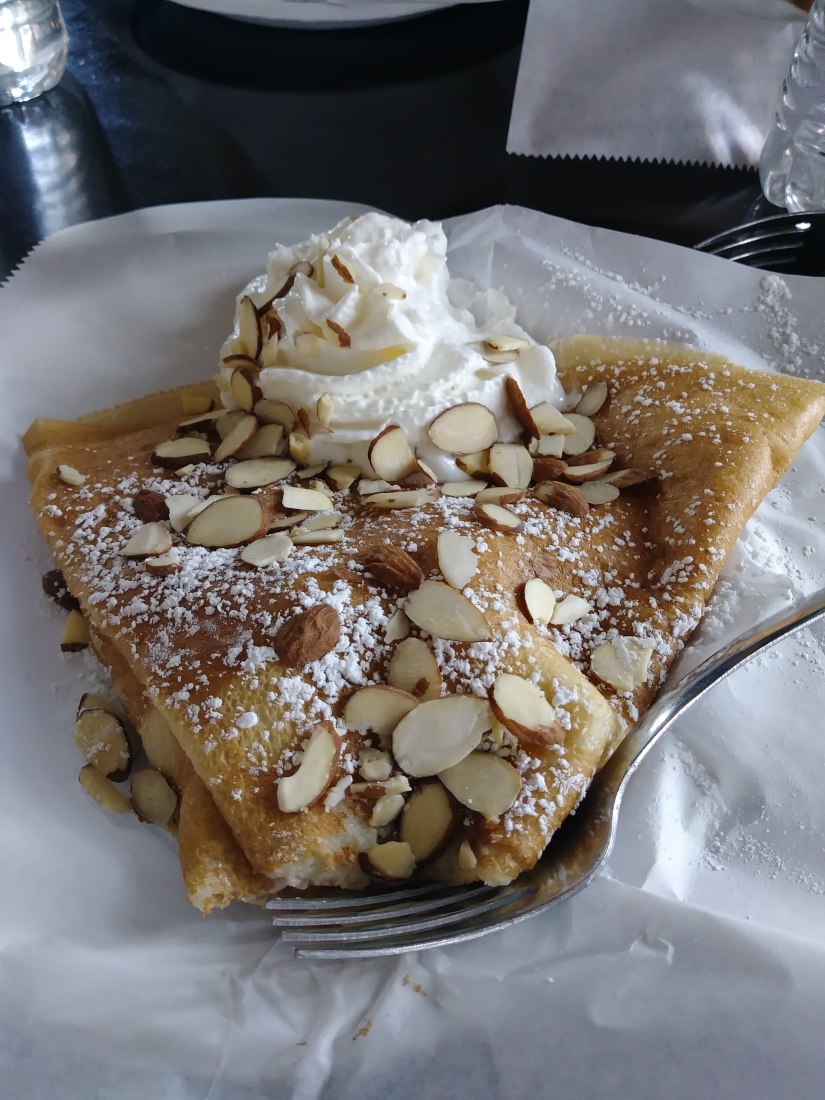